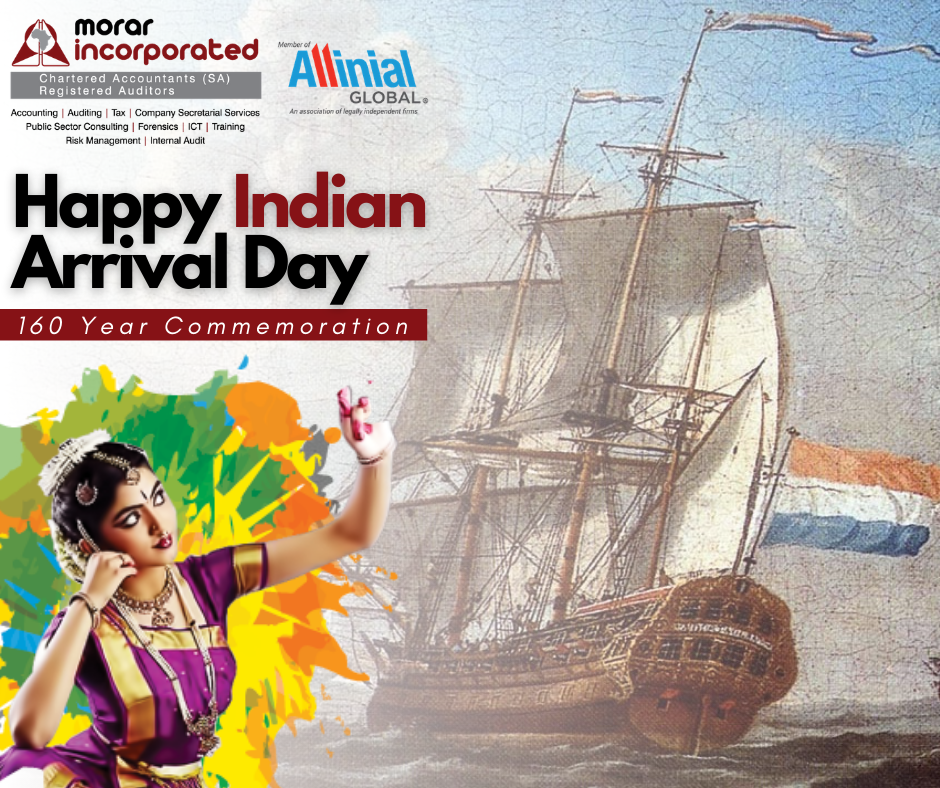 Posted at 12:52h in Latest News by Morar Admin 0 Comments

Honouring those who walked before us…

This year, 16th November 2020, is the 160th anniversary of the arrival of the Indian indentured labourers and thus the birth of this wonderful family orientated community in South Africa.

The majority of Indian South Africans are the descendants of indentured workers who were brought to KZN between 1860 and 1911, to work on the farms and develop the sugar industry in this province.

The first 342 of these came on board the Truro from Madras followed by the Belvedere from Calcutta.

Many Indians agreed to become indentured labourers to escape the widespread poverty and famine in their home country; some travelled alone while others brought their families to settle in the colonies they worked in.

Most Indian labourers did not return to India after working off their debts, they established themselves as an important labour force in KZN, particularly as industrial and railway workers, with others engaging in farming and growing most of the vegetables consumed by the South African population.

They also became fishermen, clerks in the postal service and court interpreters, there were others who initially worked in Durban, later moving inland to the Transvaal (now Limpopo, Gauteng, Mpumalanga and North West) establishing communities in settlements on the main road between Johannesburg and Durban.

What started as a trip of desperation has ultimately led to something triumphant and poetic in a way, as well as their beautiful rich heritage contributing to the multi-cultural diversity of South Africa, the Indian population has also brought with them service to all South Africans, colourful traditions, their humility towards their plight and their dedication to labour.

We use cookies on our website to give you the most relevant experience by remembering your preferences and repeat visits. By clicking “Accept”, you consent to the use of ALL the cookies.
Do not sell my personal information.
Cookie SettingsAccept
Read More
Manage consent

This website uses cookies to improve your experience while you navigate through the website. Out of these, the cookies that are categorized as necessary are stored on your browser as they are essential for the working of basic functionalities of the website. We also use third-party cookies that help us analyze and understand how you use this website. These cookies will be stored in your browser only with your consent. You also have the option to opt-out of these cookies. But opting out of some of these cookies may affect your browsing experience.
Necessary Always Enabled
Necessary cookies are absolutely essential for the website to function properly. These cookies ensure basic functionalities and security features of the website, anonymously.
Functional
Functional cookies help to perform certain functionalities like sharing the content of the website on social media platforms, collect feedbacks, and other third-party features.
Performance
Performance cookies are used to understand and analyze the key performance indexes of the website which helps in delivering a better user experience for the visitors.
Analytics
Analytical cookies are used to understand how visitors interact with the website. These cookies help provide information on metrics the number of visitors, bounce rate, traffic source, etc.
Advertisement
Advertisement cookies are used to provide visitors with relevant ads and marketing campaigns. These cookies track visitors across websites and collect information to provide customized ads.
Others
Other uncategorized cookies are those that are being analyzed and have not been classified into a category as yet.
SAVE & ACCEPT
GET IN TOUCH